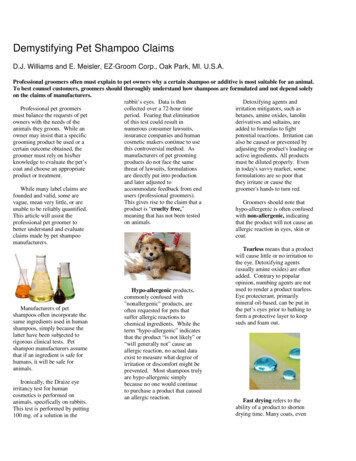 Demystifying Pet Shampoo Claims D.J. Williams and E. Meisler, EZ-Groom Corp., Oak Park, MI. U.S.A. Professional groomers often must explain to pet owners why a certain shampoo or additive is most suitable for an animal. To best counsel customers, groomers should thoroughly understand how shampoos are formulated and not depend solely

We Bring Perfection With Complete Care

Clinical Evaluation of a New-Formula Shampoo for Scalp .

h Development of Ketoconazole Shampoo with